Rose is an incredible English Labrador Retriever imported in from one of the world’s best breeders in Europe…Clear Passion Kennels. The breeder at Clear Passions is world-renown for producing the best Labradors and Golden Retrievers in the world. She’s a veterinarian as well as accomplished dog shower. Her dogs have won almost every award imaginable. Rose is the only European Champion we purchased. She earned her Romanian Championship right before we bought her. You can see her award HERE.

Rose has a very balanced personality. She is not high energy but also not lazy. She’s scored a perfect 5 out of 10 in her energy level. She’s also dependent and very loving but not to the point of being needy or clingy. She can handle being alone and isn’t following us everywhere. She’s not unloving but she’s just not as dependent as some labs can be. She’s very mature and not shy or timid. She made a perfect show dog and was a Romanian Champion by the time she was 2 years of age.  She is very mature, slightly outgoing, confident and very sweet.

Rose has near perfect health clearances. She scored in the top 5% of Labs with all of the health clearances recommended. She was imported as an adult already trained and proven from Romania. She is dual registered with the American Kennel Club and Romania Kennel Club. Below is her Romanian Pedigree. We prefer to show the European registrations because they show the show championships and health clearances. 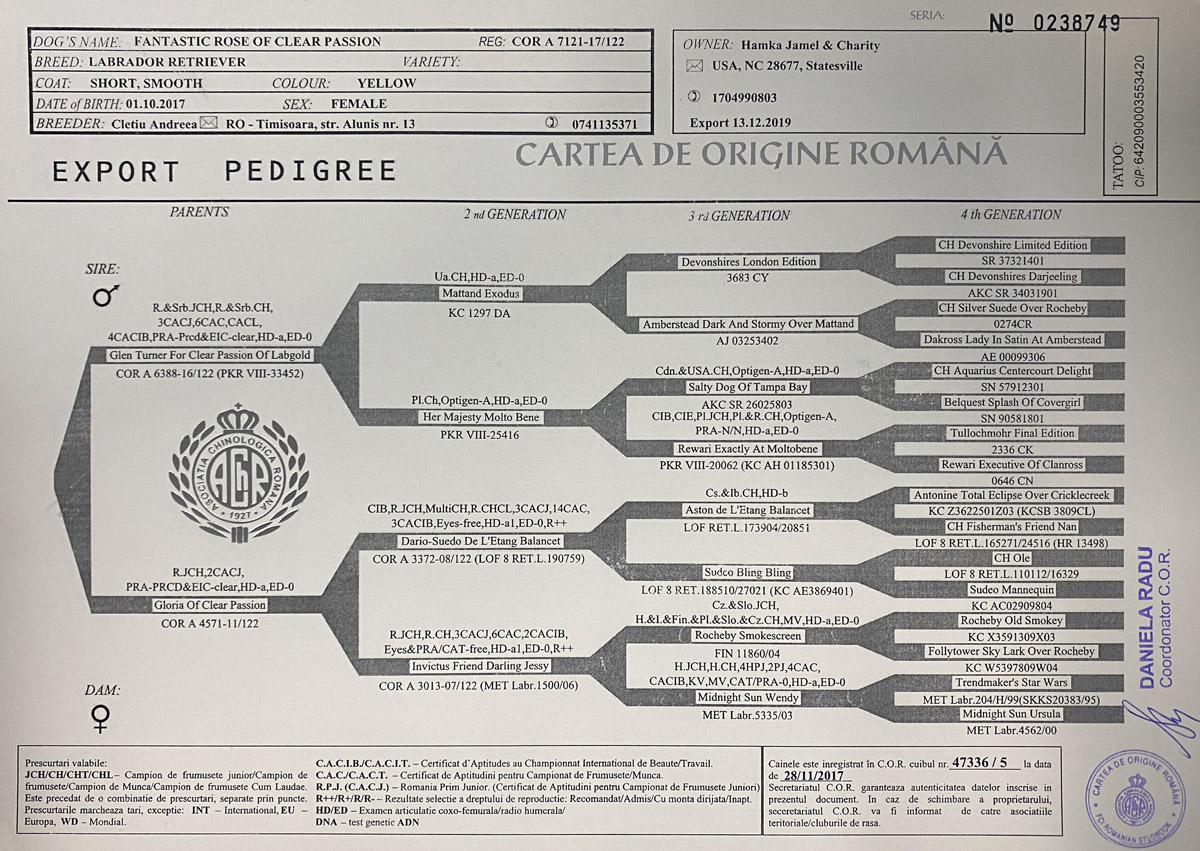 If you have any further questions that are not answered on our site, we’d love to hear from you! Please email us at info@rdoodles.com or give us a call at 980-223-2779 with any questions you might have.